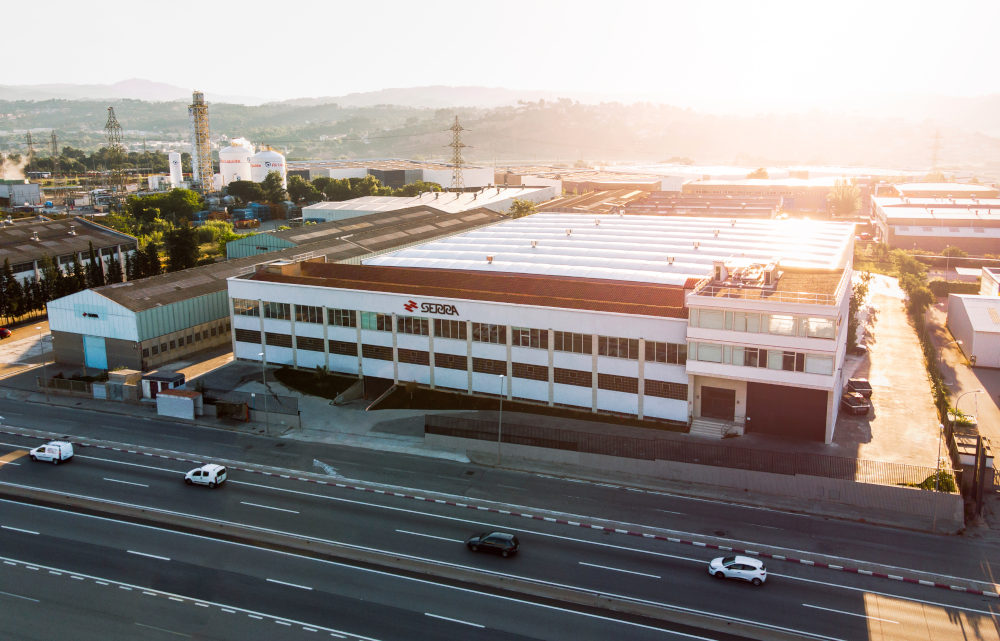 SERRA has inaugurated its new facilities, culminating this expansion project by building a new plant for the assembly of machinery. The 6,000m2 of this new assembly shopfloor have been added to the existing 3,000m2 , dedicated to the manufacture of parts and warehouse, to provide a big production capacity. It is one more step in the path defined by SERRA’s vision: “To be the world reference company in the design and manufacture of mechanical and automatic solutions for the corrugated cardboard industry”. According to business strategy experts, a company that does not grow is a “dead” company. Philip Kotler, one of the world’s leading experts in the Business Strategy, chosen as the first Marketing leader by “The American Marketing Association” states: “We live in a world of continuous growth, and given this, companies should not remain stationary, but instead should establish strategic and operational actions within two alternatives: reduce costs or grow, being the growth option the most appropriate to increase the value of the Company “. SERRA has grown steadily and notably over the last decade, both in terms of business volume and product range. The large groups in the corrugated cardboard sector have been growing through mergers, acquisitions, and the creation of new plants. These large companies increasingly need machinery suppliers with higher production capacities, to be able to supply several plants with the same machine model at the same time. Having the same model for different plants also allows the unification of spare parts and a single centralized after-sales service.

Although the current crisis of COVID-19 has notably slowed globalization in some sectors, in the case of industrial machinery, due to the low cost of transport compared to the product value, international trades will continue to dominate over local suppliers. SERRA, stablished in Martorell (Barcelona), is a global company that has been exporting to the five continents for decades and will continue being a global solutions supplier. The new facilities, in addition to increasing production capacity, also allow the improvement of production processes, achieving an improvement in competitiveness. SERRA currently has two chain production lines for two types of product, which allows reducing lead time and improving production costs.