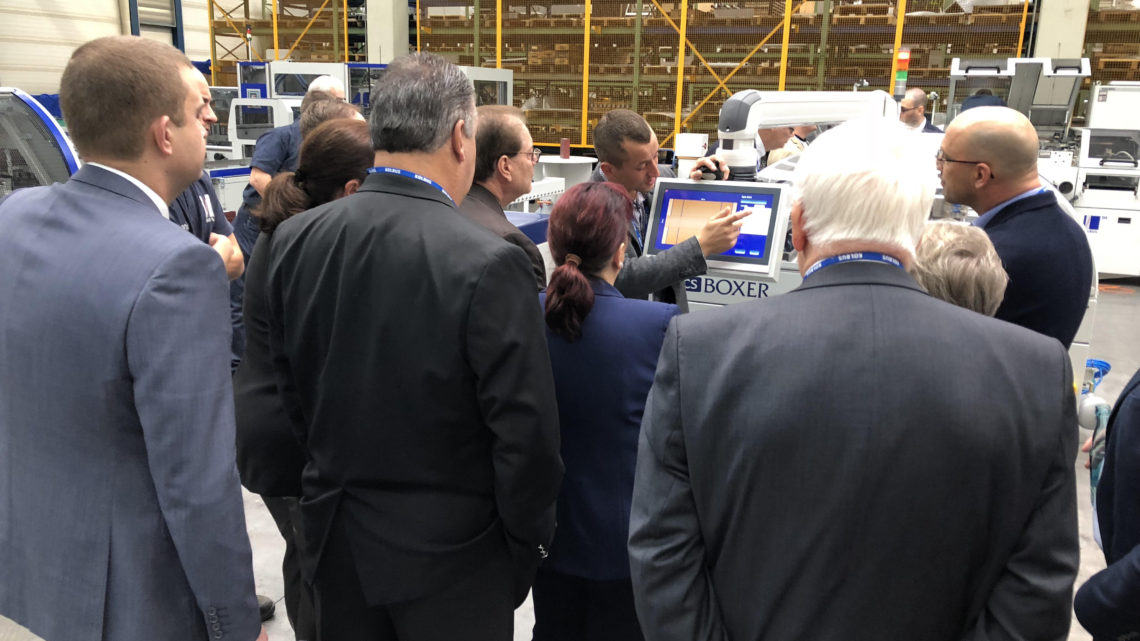 Over 60 people from every continent of the world descended upon the Head Quarters of Kolbus in Rahden, Germany for the inaugural Kolbus Autobox Sales Conference.

Delegates enjoyed 2 days learning about developments to the Kolbus range of Luxury Packaging Machines and book industry related products. For many it was their first time to learn about the Autobox range of Quick Set Corrugated Box Making Systems, following the acquisition of Autobox by Kolbus in September 2018. Sales Personnel from Kolbus and Autobox show cased their product ranges in a series of workshop sessions.

Kolbus and Autobox Machines were seen operating in the impressive Kolbus demonstration area including The Boxer, the latest addition to the Autobox Range. Sales Personnel had the opportunity to witness first hand the ease of operation of Autobox machines and to understand its features and benefits. Kolbus and Autobox both share the philosophy of their machines running with the absolute minimum of make ready times and where possible, no change parts.

Kai Buentemeyer, Managing Partner of Kolbus welcomed the delegates and shared his vision for the growth and development of the Kolbus Corrugated Technologies Group that comprises Autobox and Hycorr USA. As Kolbus transitions from the book binding industry more into Corrugated related packaging,  Buentemeyer emphasised the importance of Corrugated based machine technology to the Kolbus Group and hinted at exciting new Machinery developments ahead.