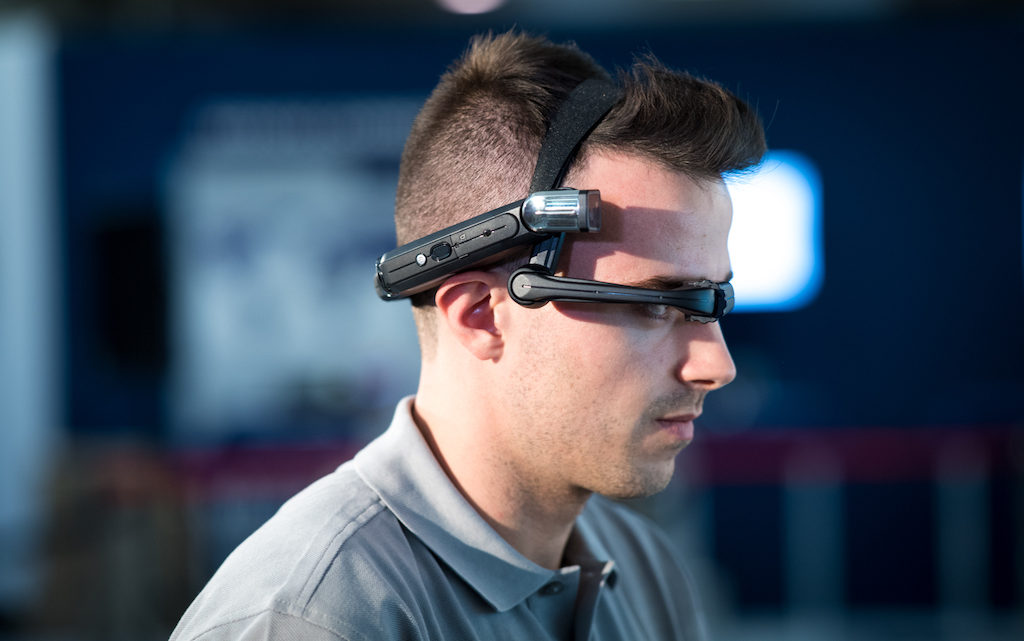 If you have ever had to call technical support for help fixing a product, then you have experienced the frustration of trying to describe in words what you are seeing or hearing.

What makes it so frustrating? There’s the answering of the support staff’s questions—Questions that can be subjective (“Can you describe the noise coming from the drive side of the central impression drum?”) or sound like they are trying to trap you (“Was the anilox servo motor working properly during the last run?”) or come across like an invitation to open mouth and insert foot (“Is there condensation coming from the chill rolls? There is? OK, did you check the temperature of the chilling unit?”).

There’s the following of the support staff’s directions—Directions that can make you feel confused (“I want you to unscrew the gray panel. Not the grey one, but the gray one.”) or in over your head (“We’re going to try something here…”) or like you’re wasting your time (“Let’s power down the press, and while it’s down, go to the breakroom and read the latest issue of FLEXO Magazine.”).

And there’s the circumstances surrounding the call—Circumstances that can lead to a short temper (a long wait time to speak to someone or dropped connection), or panic and anxiety (a demanding customer or a job with a quick turnaround time) or fear and paralysis (unfamiliarity with a specific component or knowledge gap).

If you have ever had to call technical support, you have undoubtedly thought—or unwittingly said aloud to the support on the phone—that you wish they could see what you see and hear what you hear. The remote support staff at Koenig & Bauer Flexotecnica have handled one or two calls in its 200-year-plus history, and with Augmented Reality-DataGlass Remote Support (DataGlass)—a combination high-definition camera, headset and microphone—the company has enabled just that.

“DataGlass provides our remote support the ability to experience, in real time, what a printer’s technical team can see and hear,” explains Jeff Dietz, the company’s VP, Web & Specialty Press Division. “Our technicians can quickly remedy technical issues and instantly provide helpful information such as circuit diagrams, part lists, text messages, technical documentation, diagrams and live camera images, which can be shown on the display of the DataGlass.”

For knocking down the wall separating supporter and supported, the company was awarded a 2019 FTA Technical Innovation Award, the only winner in the Prepress – Pressroom category. “We are extremely grateful and humbled to be honored with this important award,” Dietz comments. “Having the judges validate our product supports our belief that DataGlass will make a positive impact for printers.”

The worlds of flexography and newspaper printing have intersected several times throughout history. In 1979, the American Newspaper Publishers’ Association Research Institute began building a series of prototype flexographic printing units to be used for producing newspaper. A formal introduction of the print process to the newspaper industry took place a few years later in the 1980s. And before all that, it was the demand for knowledge and resulting rise in newspaper readership that necessitated new print methods—flexography and its competitors, too—in the first place.

Through the creation of DataGlass, those two worlds intersected once again.

“The concept of DataGlass was born out of our newspaper division several years ago, due to the fact that newspapers must be able to run without interruption,” Dietz recalls. “It was successful for newspapers around the world and then implemented in our flexo division.”

“A remote support specialist can see and follow the actions of a press technician on site live and in real time while they work on the press, and see exactly what the technician is seeing. They can offer targeted support and give step-by-step instruction on how to remedy the problem”

Once the decision was made to bring DataGlass to Koenig & Bauer Flexotecnica’s flexo presses, the project took approximately 18 months to complete. During that time, the company modified and reworked parts of the hardware and software to work in conjunction with the different electronics, operating console and other components unique to its flexo machines. Dietz adds that the need for technicians around the world to be able to use DataGlass necessitated what he describes as an intuitive design.

That resulting design packs its components and circuitry, a noise-canceling microphone, WiFi and Bluetooth, and battery into a band that wraps around the sides and back of a press technician’s head. A monocular extends over the technician’s right eye and works in conjunction with a camera mounted on the same end of the band to show a remote support specialist what the technician sees and provide them an augmented display. Dietz notes the design enables “hands-free operation” and the entire interaction is recorded for further analysis by either side.

An issue ever-poignant today—the security concerns that come with opening a virtual portal into the audio and video of a pressroom—was addressed by implementing a Virtual Private Network (VPN) between the company and its customers, alongside hardware encryption that together “offer maximum data security.”

The Side-Effects of Sight & Sound

When a press technician needs help through DataGlass, they scan a personalized QR code to generate a support ticket. After a Koenig & Bauer Flexotecnica remote support staff opens the ticket, they establish an audio and video connection, which up to 25 additional participants can join via the cloud.

The components, circuitry and technology that make up DataGlass are enclosed in a headset, enabling technicians to have “hands-free” interaction with the press.

“A remote support specialist can see and follow the actions of a press technician on site live and in real time while they work on the press, and see exactly what the technician is seeing. They can offer targeted support and give step-by-step instruction on how to remedy the problem,” Dietz says. “By having this one-to-one conversation between our technical team and the customer, we’re better able to help them immediately diagnose the problem and get their flexo production system up and running.” That reduces the number of on-site service calls and provides the remote support with a clear understanding of what parts to bring along if an on-site visit is still necessary.

As the remote support specialist diagnoses the problem, they can surface relevant images of wiring diagrams or spare parts drawings, text explainers the press technician can read and re-read at their own pace, or other pertinent information. With each DataGlass support session recorded, printers are able to use the resulting videos to train employees, which Dietz points to as a key asset in the industry-wide movement to bring in new and young technicians while also lowering the technical barrier to entry.

“As flexo presses become more complex, they require skilled technicians to maintain superior operation. And as we know, the industry is trying to attract more graduates toward the technical side,” he explains. “DataGlass answers both of those needs. Even as presses become more automated, technicians have our skilled remote support at their beck and call. And new graduates are enticed to work in an industry that is incorporating cutting-edge technologies.”

For those less-experienced press technicians, Dietz believes DataGlass provides a knowledgeable remote support staff who can walk them through a problem and allow them to learn how best to address it. For veteran technicians, they get the speed of having remote support see exactly what they are seeing and the flexibility of trying different methods to fix the problem.

“The very contained cost of this advanced technological feature is in no comparison to the substantial economic benefit obtained by reduced press downtime.”

The service chief at a printer using DataGlass

Brand owner demands have had no problem keeping up with the pace of innovation in the package printing industry. Just as soon as new technologies have reduced expected turnaround times, they have made those shortened production windows the new standard. A printer needs to be doing more every day, and that means any delays due to a press’ inability to run are all the more painful.

“Operating in the printing business, with extremely tight production schedules, press uptime is a critical factor,” says the service chief at a printer who, two years ago, began using DataGlass. “Any fault or unplanned press downtime must be resolved within shortest time possible.”

In the midst of unplanned press downtime during those two years, he says “the audio/visual support by means of DataGlass proved to be easy to use,” even in the pressroom floor environment, and enabled technicians to get the machine back into production.

“The very contained cost of this advanced technological feature is in no comparison to the substantial economic benefit obtained by reduced press downtime,” he adds.

Downtime is such a critical focus for printers. The phrase “If the press isn’t running, it isn’t making money,” or some variation of it, has more or less become a mantra.

In reality, some press downtime is unavoidable, but if that moneymaker isn’t making money, there had better be a good reason why it isn’t. “Because I’m on the phone trying to explain the problem to tech support” is not one of them.

“In today’s ‘need it now’ environment, the use of augmented reality enables faults to be identified and rectified even faster,” Dietz says. “With DataGlass, remote support can look ‘over the shoulder’ of a press technician when quick action is needed. In this way, problems can be eradicated quicker and equipment downtime is reduced.”