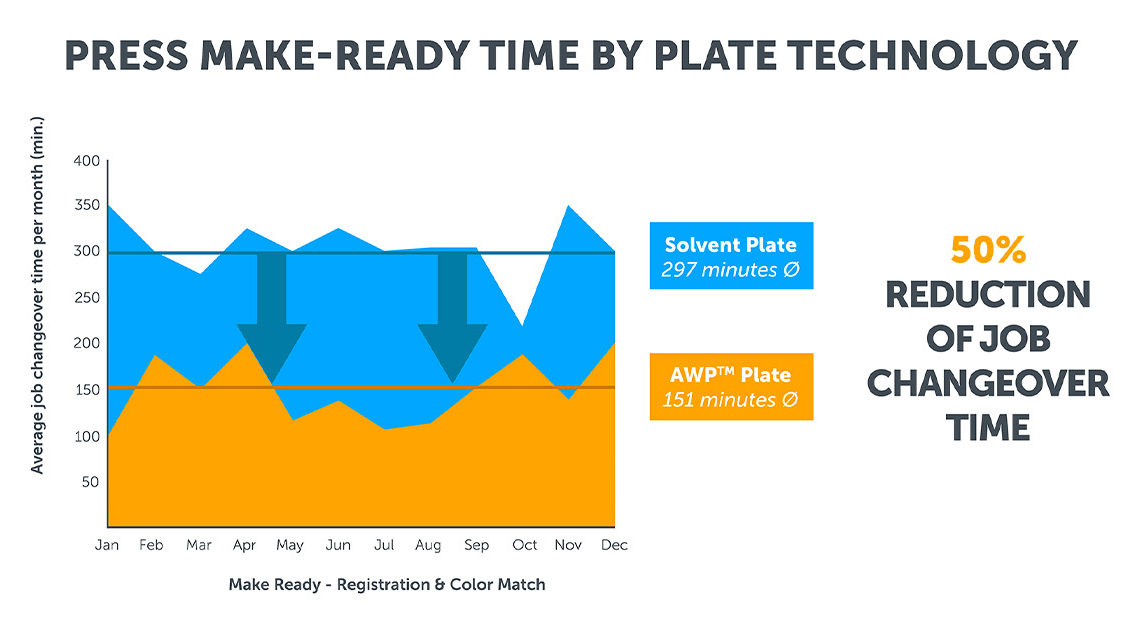 Asahi Photoproducts announced it is again attending and sponsoring EskoWorld 2019, scheduled for 24 to 26 June in Nashville, Tennessee. During the event, Asahi representatives will be speaking with attendees about the OEE advantages of Asahi AWP™ water-washable plates, as well as their effect on improved environmental sustainability.

“We began using Asahi AWPTM-DEF plates in 2010,” said Gene Martin, Plant Manager at The Robinette Company’s Bristol TN plant. “At the time, it was taking us three hours for the platemaking process with solvent plates. With the Asahi AWPTM-DEF plates, the first time out in the platemaking process was one hour, with each additional plate in 20 minutes, increasing our platemaking capacity by 33%.” Since Robinette only uses Asahi plates, this is a substantial time saving in the plate room.

Martin is delighted with the improvements achieved by using the AWP™ water-washable flexo plates. “But nothing in this world stands still,” he comments, “and we are always looking for ways to improve our quality and productivity. We are pleased with the work Asahi Photoproducts is doing to continue to improve their products as well.”

In that spirit, The Robinette company beta-tested the brand-new Asahi AWP™-DEW plate last year. “We are getting the same great quality and taking advantage of Asahi’s CleanPrint™,” Martin states. “But now our first time out for a plate is reduced from an hour to 20 minutes, with subsequent plates produced about every 15 minutes.”

CleanPrint™ plates from Asahi Photoproducts have been specifically engineered to transfer all remaining ink to the printed substrate. This is due to the plate’s lower surface energy. CleanPrint™ plates do not need to be cleaned as often as conventional digital solvent plates. Reduction of plate cleaning stops creates a significant productivity improvement as well as reduced makeready waste. With Asahi CleanPrint™, flexo operations like The Robinette Company also benefit from a 50% reduction in job changeover time compared to solvent plates.

Wikoff Color Corp Offers Gelflex EB Flexo Products, the Next Big Thing in Packaging
Bobst Group reflects on 2019 and reveals its focus for the year ahead with drupa 2020 in mind
Sinapse Print Simulators to sponsor 2021 Diamond Awards
CategoryFlexible Packaging
TagsAsahi

Working together on the use of recyclable packaging