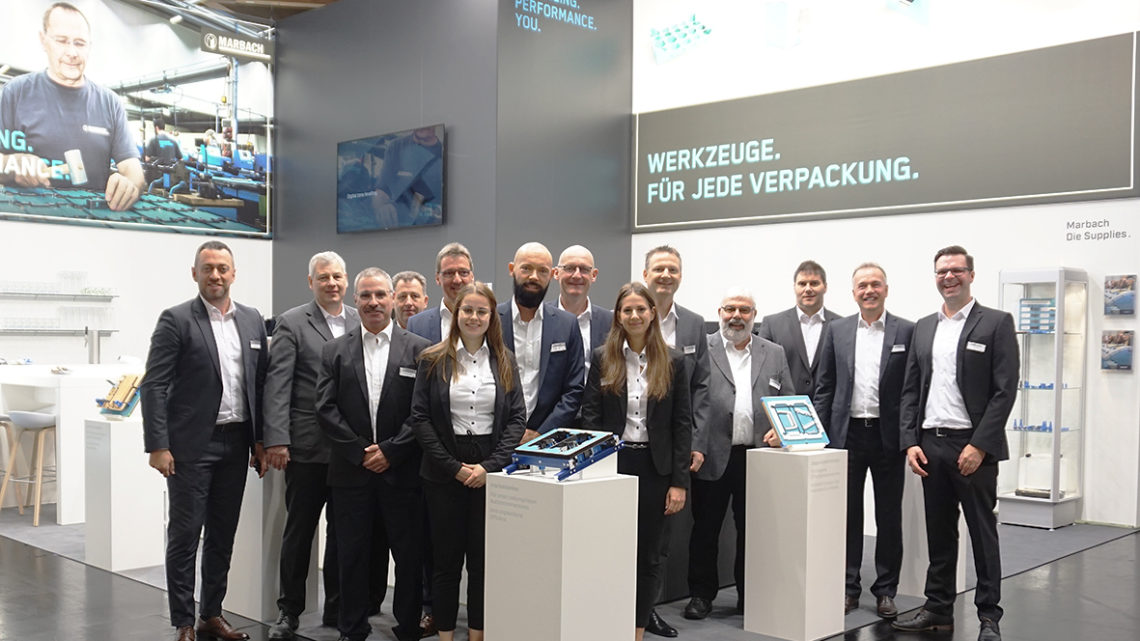 A year of expansion comes to an end

The Heilbronn-based die-manufacturer Marbach can look back on an eventful year in 2019. The globally active company has attracted attention not only with its innovations, but above all with its international expansion. The Marbach Group now employs more than 1,500 people worldwide. Packaging. Performance. You.

Marketing Manager Tina Dost: “The year 2019 has been a very eventful year for us. The opening of our new site in Mexico in January was followed by a second location in the USA (Michigan City, IN) and the acquisition of a competitor in Poland (Poznan). With these expansions we will now be enable to serve our customers even better on site”.

In Mexico, the packaging market is growing rapidly. Large investments are being made in diecutting equipment, since Mexican companies want to produce at the highest level internationally. For this they need expert support. Since January 2019, Marbach has been offering this support directly on site. In Mexico, Marbach supplies materials to Mexican and North American die and packaging manufacturers and offers training in the application of technologies. The aim is to support the Mexican market in its further development.

Another subsidiary in the USA

The newly created extra capacity in Michigan City will complement Marbach America’s current resources in Charlotte, NC. Marbach has invested around 4 million euros in its new branch. Michigan City currently employs around 20 people. The number of employees is to be increased to 50 over the next few years. The Michigan City plant will manufacture an extensive portfolio of tools for packaging production. In addition to standard folding box tools, Marbach will manufacture high-tech tools locally.

The demand for Marbach tools has steadily increased in Poland in recent years. To meet this demand in the long term existing capacities needed to be expanded. In addition to two already established Polish plants in Tarnowskie Góry and Kielce employing a workforce of about 175 people, Marbach has expanded its operations in Poland by acquiring a former competitor. The new Marbach plant has an area of 1,350 m² and employs 50 people. This investment will enable Marbach to increase its production capacity by almost 20 %.

As an innovative company, Marbach has once again presented numerous solutions to increase its customers’ performance in 2019. With the new hand-held tool marbanick|2+, waste nicks in cutting rules can now be placed directly at the user’s site. The insertion of the nicks is fast, safe and controlled. The highlight of the Marbach device: several strengths can be utilized with one and the same device. The split height-adjustable anvil for paperboard tools ensures that the anvil in the cutting-die can be quickly and easily height-adjusted when using reverse cutting technology. Each anvil can be individually set-up and thus optimally adjusted. Marbach customers benefit from reduced make-ready times, functional packaging and ease of use. The universal sheet delivery is a new system that is used for jobs where the paperboard sheets as a whole are to be stacked instead of being blanked. With the universal sheet delivery, the sheet delivery of die-cutting machines can be supplemented in such a way that the delivery of the paperboard sheets can be quickly and easily adapted to each individual job. It can be used flexibly according to the user’s requirements and can be combined with a guillotine if required.

Marbach was represented once again at trade fairs worldwide in 2019. The highlight of the year was the FachPack in Nuremberg. More than 200 visitors were able to inform themselves about the latest developments at Marbach during the 3-day fair. Already at the exhibition some important orders were placed. Further projects are now pending. At the IADD Odyssey in Atlanta, GA, Marbach presented its latest innovations in the field of Marbach Die Supplies and Automation (MDSA).